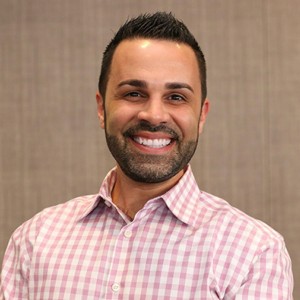 I’ll come right out and say it—today is my birthday. Send the cake and presents this way! If you need more reason to celebrate, I recently discovered that I share my birth month with another mover and shaker. Last week email turned 46—older than the Internet itself—and it’s still looking great.

I’ll come right out and say it—today is my birthday. Send the cake and presents this way! If you need more reason to celebrate, I recently discovered that I share my birth month with another mover and shaker. Last week email turned 46—older than the Internet itself—and it’s still looking great.

In fact, of all the digital marketing channels, including search engine marketing and social media, email marketing remains the no. 1 driver of revenue and conversions. According to a report by McKinsey & Company, email is nearly 40 times more effective at acquiring and converting customers than Facebook and Twitter combined.

If I were throwing email a birthday party, instead of my own, I might craft a toast to honor the invention that unquestionably revolutionized the way we communicate. That toast would quite possibly recap email’s exciting and wondrous journey to 2017, and it would most certainly include some of these notable milestones.

The first email was sent in 1971, by Ray Tomlinson a pioneering American computer programmer at the Boston firm of Bolt, Beranek and Newman (known today as BBN Technologies.) He’d been asked to figure out something interesting to do with ARPANET, the newborn computer network that was the predecessor of the modern Internet.

Tomlinson had been tinkering with two programs called SNDMSG and READMAIL, which allowed users to leave messages for one another on the same machine. He applied the idea behind these programs to a third program called CYPNET, which enabled users to transmit files between computers. He famously chose the @ symbol to separate the names of senders and recipients from the names of their machines. Email as we know it was born. Now, more than a billion people around the world type that @ sign every day.

The first email standard was proposed in 1973 at Darpa and finalized within Arpanet in 1977, including common things such as the to and from fields, and the ability to forward emails to others who were not initially a recipient.

But when did we start calling email email? It’s up for debate, but Indian-born American scientist and entrepreneur Shiva Ayyadurai takes the credit. At the age of 14, Ayyadurai wrote a program called EMAIL for the University of Medicine and Dentistry of New Jersey, which sent electronic messages within the university, later copyrighting the term in 1982. (What else happened in 1982? Me!)

There is a first for everything, including the original marketing email. And as it turns out, the first documented commercial email for marketing purposes was a total winner. Sent in 1978 by a Gary Thuerk, Marketing Manager at Digital Equipment Corp., this inaugural email marketing campaign promoted his company’s machines to 400 users via Arpanet. The ROI on that mass email? $13M in sales (with inflation, the equivalent of $78M today).

There were, of course, doubters along the way. In 1989, experts predicted that other technologies like the fax machine would soon replace email. But who could blame them—at the time, it was hard to conceive of the innovations in hardware and particularly software that would make email the undeniable leader in communication worldwide.

The first version of Microsoft Mail was released in 1988 for Mac OS, allowing users of Apple’s AppleTalk Networks to send messages to each other. In 1991, a second version was released for other platforms including DOS and Windows, which laid the groundwork for Microsoft’s later Outlook and Exchange email systems.

But it wasn’t until 1991 that the Internet become widely available to the public, begetting new systems of communication. Enter Hotmail. It was one of the first email services not tied to a particular ISP and adopted new HTML-based email formatting (hence the initial stylizing of the brand name as “HoTMaiL”. Oh so clever.) And who doesn’t remember the sound (and recoil at the thought) of AOL dial up? The sound of email arriving was the cornerstone of the 1998 Tom Hanks and Meg Ryan romantic comedy, You’ve Got Mail, by which time the Internet and email had become part of everyday life.

Marketers, of course, were catching on. Inboxes inundated with clutter and junk emails resulted in the introduction of the Data Protection Act in 1998, which required all email marketers to include an opt-out option. And the years that followed were a battleground among email marketers (particularly pharmaceutical companies), virus laden spam and consumers. I’ll spare you the details you’ve happily since forgotten, but mark 2004 as the real beginning of recipient focused anti-spam strategy that continues today.

In 2003, for better or worse, BlackBerry brought work email to the palm of employees’ hands. Four years later, Apple’s first iPhone was released, and suddenly mobile email became a part of daily life for the consuming masses. Fast forward to today, and we’re sitting squarely in a mobile era. Email marketing trends have closely followed the web, with the percentage of B2C brands using mobile-friendly email designs growing 88% over the past two years, according to Litmus. In fact, mobile-unfriendliness is a major cause of both spam complaints and opt-outs. According to Litmus, 51% of consumers have unsubscribed from a brand’s emails because their emails or website didn’t display or work well on their smartphone.

the brave new world of email

It seems like every day we’re finding new ways to leverage the data we now have access to, thanks to the hundreds of email service providers available. At Smart Panda Labs, we use this data to measure and optimize our client’s digital strategy and database marketing efforts. We also leverage tools like Adobe Analytics and Google Analytics to aggregate those insights and better understand campaigns and customers.

The past couple of years in email’s evolution have been nothing short of awesome. Companies can use automation, segmentation and triggered emails to deliver highly personalized emails that nurture, engage and reengage their consumers. As Charlene writes in her post, personalization helps customers feel like they are relevant and being “heard.” Now you can send a personalized email based on specific user behavior on your website or social media pages automatically. Automating the more mundane aspects of email creation allow you to deliver a high performing email experience—and a consistently great brand experience—for every subscriber.

So cheers to you, email, my fellow Aries—the pioneer and trailblazer of the horoscope wheel. You’ve had an amazing journey, defied all odds and continue to shape communication around the world. I’m proud to share my cake with you.

Get the latest insights and tips in utilizing consumer data effectively.