The Wisdom of One Herbert Hoover. Who Knew?

I heard that Herbert Hoover once said, “the only problem with Capitalism is Capitalists.” It’s a bit scary how much sense that makes to me, but when I consider my career in the world that is Corporate America, it’s not so scary anymore. Maybe a bit more like sad.

That all being said, this is why I love the web, and, more specifically, web analytics. It’s not about greed or opinion or ignorance.  It’s about information in its simplest, unadulterated form. I saw a great blog post about analytics that made a couple of points far more eloquently than I ever could. They both expound how web analytics can be a powerful force for good in an organization, if its allowed to be. The first point is about where analytics, and by extension the web in general, fits into the modern organization and it’s from point #4 in the post.

The whole concept of modern corporate structure has really only existed since World War II, so about 70 years. And the Internet has existed for nearly 20 of those 70 years, yet we refuse to create a new home for it. We are essentially trying to define the Internet using a dictionary from 1945, and I can tell you one thing: it’s not working.

So, I’m not suggesting that we all get our lanterns and pitchforks and crusade against corporate structure, but let’s do some thinking in 2011 about how to be successful. Part of that success leans on the analytics department being able to be unbiased, and that means separating it from marketing, product, IT, sales, or any other department, giving it some room to look objectively at the workflows that span these various teams to help the company make good, holistic decisions.

The second is about the role it can play in your organization, in the proper structure. It’s from point #2 of the post.

The third key point of analytics is improving the operations of the business, and this should be the legacy of the department,accounting for 70% of the value this department can create. The analytics department is one of the only departments in the company capable of offering an unbiased assessment of how the cross-functional teams work together (or against each other) when working on the site or in other areas. Get involved in that conversation as soon as possible, because the greatest barrier to your company’s success is not the problems with your web site; it’s the operational disease that is resulting in those symptoms.

Please take a few minutes to read the whole post, which was written by a gentleman by the name of Evan LaPointe. Then, take a few more minutes to find out how you can make this happen, even in a small way, in your organization. It’ll be worth it!

Ready for a free consultation or want to learn more about our services? Contact us to hear from one of our pandas. 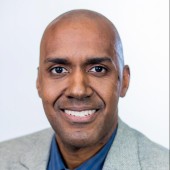 Shamir leads the firm's strategic planning and business management. He has worked across a number of industries, from travel to entertainment to technology, working with brands like Southwest Airlines, The Walt Disney Company, and NBC Universal. During his last 20 years in marketing, Shamir has held leadership roles, overseeing everything from product management to digital strategy, including user experience design, web development, testing and web analytics. Prior to Smart Panda Labs, Shamir was the Senior Director of Digital Strategy and Services for Marriott International’s Vacation Club Division.

All stories by: Shamir Duverseau