Earlier this year, it was heavily rumored that Google would be nixing right-rail paid search ads in desktop search engine results pages. And as we saw last month, that rumor proved true. Google rolled out a dramatic, worldwide change that removes ads from the right side of its desktop search results, placing them only at the top and/or bottom of the page. The only exception to this rule are product listing ads, which may occasionally appear to the right of search results. Also new: a fourth ad will appear above search results (as opposed to the typical three) for highly commercial queries (such as car insurance, mortgage rates, home equity line of credit, and other high-value searches).

Out with the rail, in with all things that look and feel mobile. Needless to say, the impending changes to the search engine results page (SERP) display caused a ripple of panic among marketers.

If I were a betting woman, I’d have put my money on a rise in cost per clicks as a result of the new SERP layout, which makes first page results and top spots worth their rank in gold. I was not alone in this theory. The search industry was awash in speculation as to how much CPCs would skyrocket. And everyone seemed at least a little concerned that their Google AdWords strategy was in freefall.

Before placing our bets, however, we waited to see what the data would reveal. A month later, it’s time to look at the true effects of the sidebar’s denouement.

Google’s new SERP display: The good, the bad, and the not-so-bad-at-all

At Smart Panda Labs, we listen to the data. Here’s what the numbers have to say.

Among all of our clients at Smart Panda Labs, from mid-February to mid-March, we saw impressions drop by 18%, a slight increase in clicks of 2%, and a 24.5% boost to click through rates (as compared to Jan/Feb). And as you can see below, recent performance metrics from Kenshoo among their clients also corroborates the trends above.

There is more data to be collected and reviewed, but I’m reasonably certain that the vast majority of PPC advertising will come out on top. I’m also ready to wager on when Bing will follow suit. Given that it took them  like four years to add sitelinks, I’m estimating June 13, 2018. Any takers? 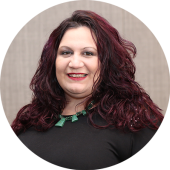 Lisa heads the firm’s search engine marketing practice and brings more than 15 years of experience to Smart Panda Labs, where she implements and manages a variety of paid search and paid social campaigns for clients, each with unique budgets and goals. Her areas of specialty include paid search and search engine optimization; paid social advertising on Facebook, Twitter and YouTube; display ads; email marketing; CRM; affiliate marketing; direct mail and web analytics. Prior to joining Smart Panda Labs, Lisa was a Search and Auction Media Manager for the Walt Disney Company for over eight years, where she managed extensive, multi-million dollar paid search and paid social campaigns for numerous Walt Disney Parks & Resorts websites and brands. She has also worked in marketing for Cox Target Media/Valpak and American Express. Lisa is a Microsoft Accredited Professional and is Google AdWords qualified in search, display, video, mobile and shopping.

All stories by: Lisa Martino